The history of Mitcham City Brass

The first Mitcham Band was formed in 1878 and rehearsed in the Mitcham Institute, The band functioned until the Tee Tulpa Gold Diggings were found in 1887, when it disbanded  and all the members took their instruments and other property with them and disposed of them.

The present band was formed in 1901 by Carl Stanley, Geo Lawson and J Tyler and has functioned ever since.

Practice was held in the Saint Michaels Church Hall and the band was known as the Mitcham Brass Band. Later this name was changed to Mitcham City Brass, after Mitcham became a city. To get the band started it was granted a loan of forty pounds which was repaid at the rate of ten pounds a year.

By 1903, the band possessed 23 instruments valued at 125 pounds. the band was presenting fortnightly concerts through out the summer.

In 1906 the band would congregate in Mr Godden’s cow shed in Hawthorn where they practiced by candlelight and hurricane lanterns.

In 1908, at its own expense, the band enlarged the Rotunda on the Mitcham Reserve from which many open air concerts were staged by the band.

In 1911, the first set of rules for the band was drawn up. this was the foundation of the current constitution of the band.

1914 saw the first set of uniforms for the band which cost the princely sum of 34 pounds. Also in this year the band moved to the Mitcham Institute for rehearsals where it remained until 1983 when it moved to its current band rooms comprising of the headmasters cottage of the old Mitcham Infant School, now renamed the Mitcham Community Centre. 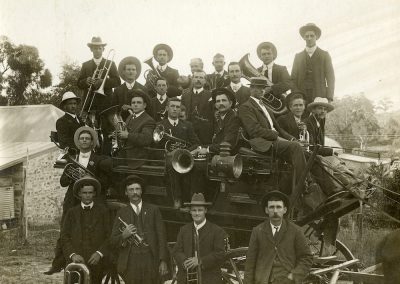 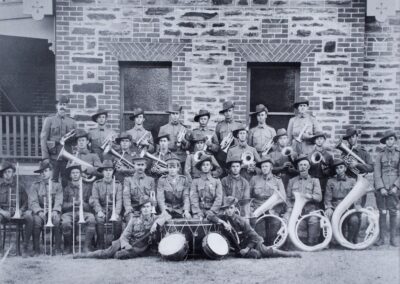 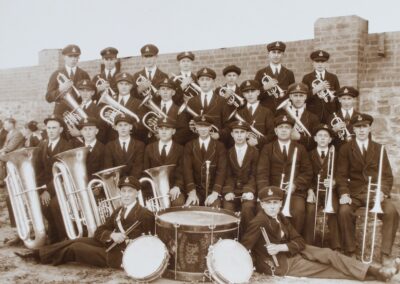 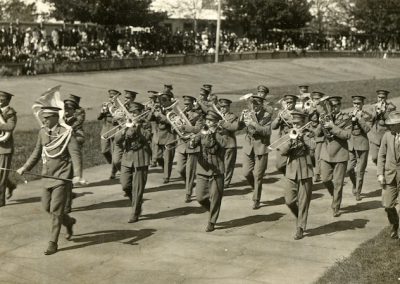